Subscribe and learn how to better use your sewing machine feet! Improve your speed, accuracy and overall efficiency with our tips, techniques, and guides.

Home » News » On My Way to My New Sewing Space – Despite Hurricane Ian and the Surge
News, Sewing Machine

If you have read my previous post about my empty sewing space, you know that my husband and I are moving to the Nashville area. We arrived in Tennessee two days ago after spending about 2 months with one of my sisters in Naples, FL. I’m sure you seen the news and weather reports about Hurricane Ian that came very close to Naples, among other places in the Eastern part of the country. Our trip from Naples to Nashville was delayed because two days before our scheduled drive, Ian came to South Florida, causing a surge of sea water that flooded my sister’s rental condo where we were staying.

Before the surge, we evacuated to my sister’s house that was nearby, but on higher ground. We stayed there a short time and then had to go to her daughter’s house, which was farther inland and on even higher ground. In the end, both my sister’s condo and house were flooded. We felt safe most of the time because we were monitoring the weather and adjusting when we needed to. The damage to both of my sister’s homes has created a lot of work and expense for her but it is something that can be repaired. There were many who suffered more severe damage and death, especially 30 miles north of Naples in Fort Meyers, so we felt grateful that it wasn’t worse. Here’s a short video showing a bit of the action we saw, just before we realized that the condo and house had flooded!

During the hurricane/surge my husband was in California helping his parents move. He had several flights cancelled before he got back to Naples, about 48 hours later than planned. We stayed another day to help with some of the early clean-up and finally made the two-day drive to Nashville. So, we are closer to our in-progress home but are now in a rented apartment. Our latest completion date for the house is mid-December so we are hoping to get into our new home before the Christmas holidays.

In case you’re wondering, my sewing machines are unscathed. I moved them and my my traveling stash of fabrics and other supplies with me each time we evacuated. I’ve had several makeshift office/sewing spaces. I can’t wait until I have a permanent place and I can get back to really sewing. I’m hoping that the rest of the wait for the new house is less eventful than it has been. Wish me luck! As editor of "The Big Book of Feet: A Guide to BERNINA Presser Feet and Accessories," Susan created Sewfeet to provide Educational Courses, Content, and Resources to help you with all your sewing projects.
October 7, 2022 by Susan Beck | 6 Comments 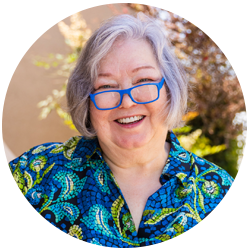 As editor of "The Big Book of Feet: A Guide to BERNINA Presser Feet and Accessories," Susan created Sewfeet to provide Educational Courses, Content, and Resources to help you with all your sewing projects.
Read More

Curl Up with a Big Book! If you haven’t seen the Big Books from BERNINA, you’ll want to check them out.
LEARN MORE